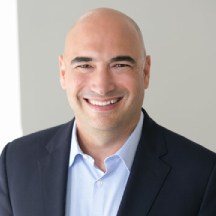 London is an entrepreneurial executive with a proven history of creating and leading digital businesses and managing the digital transformation of established companies in both business-to-business and business-to-consumer markets. Prior to joining Reuters, London served as global CMO of IDG Communications, a technology media, data and marketing services firm with operations in 147 countries. Josh earlier founded and was managing partner of Salt Island Ventures, a marketing and management consultancy serving startups and established digital, media and entertainment clients. In the role of Chief Operating Officer of SX2 Media Labs he led the transformation of Computer Shopper magazine to a digital property, which was then acquired by Ziff Davis and Great Hill Partners.

Josh holds a B.A. in English from Boston University. He serves as a Senior Deputy: Media, Entertainment and Sport for the World Economic Forum. In 2016, London was honored as a Folio:100 C-Level Visionary. 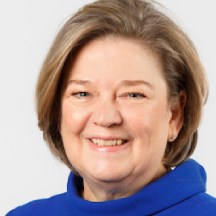 Alessandra Galloni became editor-in-chief of Reuters in April 2021. She oversees all editorial functions across video, text, pictures, and graphics. She is the first female editor-in-chief in the organization’s 170-year history.

Previously, Galloni was global managing editor, overseeing news planning and creation, where she was responsible for overseeing the global dimensions of Reuters coverage and developing stories with a cross-regional focus. She first joined Reuters in 1996 for the Italian-language news service in Rome, later moving to the equities reporting team in London. She re-joined Reuters in September 2013 as editor of the Southern Europe bureau following 13 years at the Wall Street Journal, where she worked as a reporter, economics and business writer and editor, in London, Paris and Rome.

Galloni is the recipient of the 2020 Lawrence Minard Editor Award from the Gerald Loeb Foundation and the UCLA Anderson School of Management, one of the highest honors a business journalist can receive. She is also the recipient of an Overseas Press Club Award and a UK Business Journalist of the Year Award.

Galloni is co-author of “From the End of the Earth to Rome,” an e-book on Pope Francis. An Italian national, she is a graduate of Harvard University and has a Master’s degree from the London School of Economics. 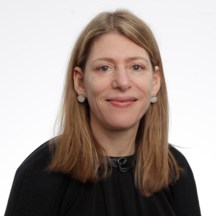 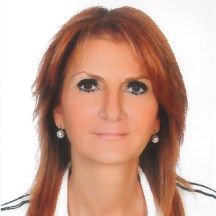 Samia Nakhoul has reported from the Middle East for almost 35 years. Samia began her career reporting on the civil war in her native Lebanon in the 1980s and has covered the Gulf War of 1990-91, the Egyptian Islamist insurgency against Hosni Mubarak in the 1990s, the first Palestinian-Israeli peace talks, the Israeli withdrawal from Lebanon in 2000 and the U.S-led invasion of Iraq in 2003. She also led the coverage of popular Arab uprisings, the toppling of four Arab presidents, the Syrian civil war and the fall of Mosul, Iraq’s second major city to Islamic State.

As Gulf Bureau Chief she reported from Baghdad throughout the U.S-led invasion of Iraq. While covering the war she was severely wounded when an American tank shell hit the Palestine Hotel, headquarters of the international press, and had to undergo brain surgery.

Samia won Reuters scoop of the year for breaking the news that former Libyan leader Muammar Gaddafi was captured with his son and then later killed. Her special report on the secret plan to take Tripoli was recognized as a finalist in the Pultizers that year. It told the inside story of the insurrection, the role of outside powers and the intelligence work that crippled the regime of Gaddafi and led to his collapse.

From Cairo, Nakhoul accompanied Yasser Arafat on his return to Gaza in 1994 after 42 years in exile.

Her exclusive report from Egypt in 1992 on an Islamist state-within-a-state in the giant Cairo slum of Imbaba won international acclaim. This was a story the Egyptian government vigorously denied before eventually sending 25,000 troops to dismantle it.

Samia was awarded the Chevalier dans l’Ordre national du Mérite, one of France’s highest honors, for her venerable career covering the Middle East, the world’s most troubled region. Along the way, she has picked up a number of distinguished journalism awards for her work, including a Courage in Journalism Award from the International Women’s Media Foundation, the International Council for Press and Broadcasting’s Peace Through Media award, among others. In 2015 she was the recipient of the Reuters Baron Award which recognizes an individual who exemplifies Reuters tradition of integrity, journalistic excellence, personal courage and expertise.