In detecting alien life on a faraway planet, methane may be the key - Reuters News Agency

In detecting alien life on a faraway planet, methane may be the key 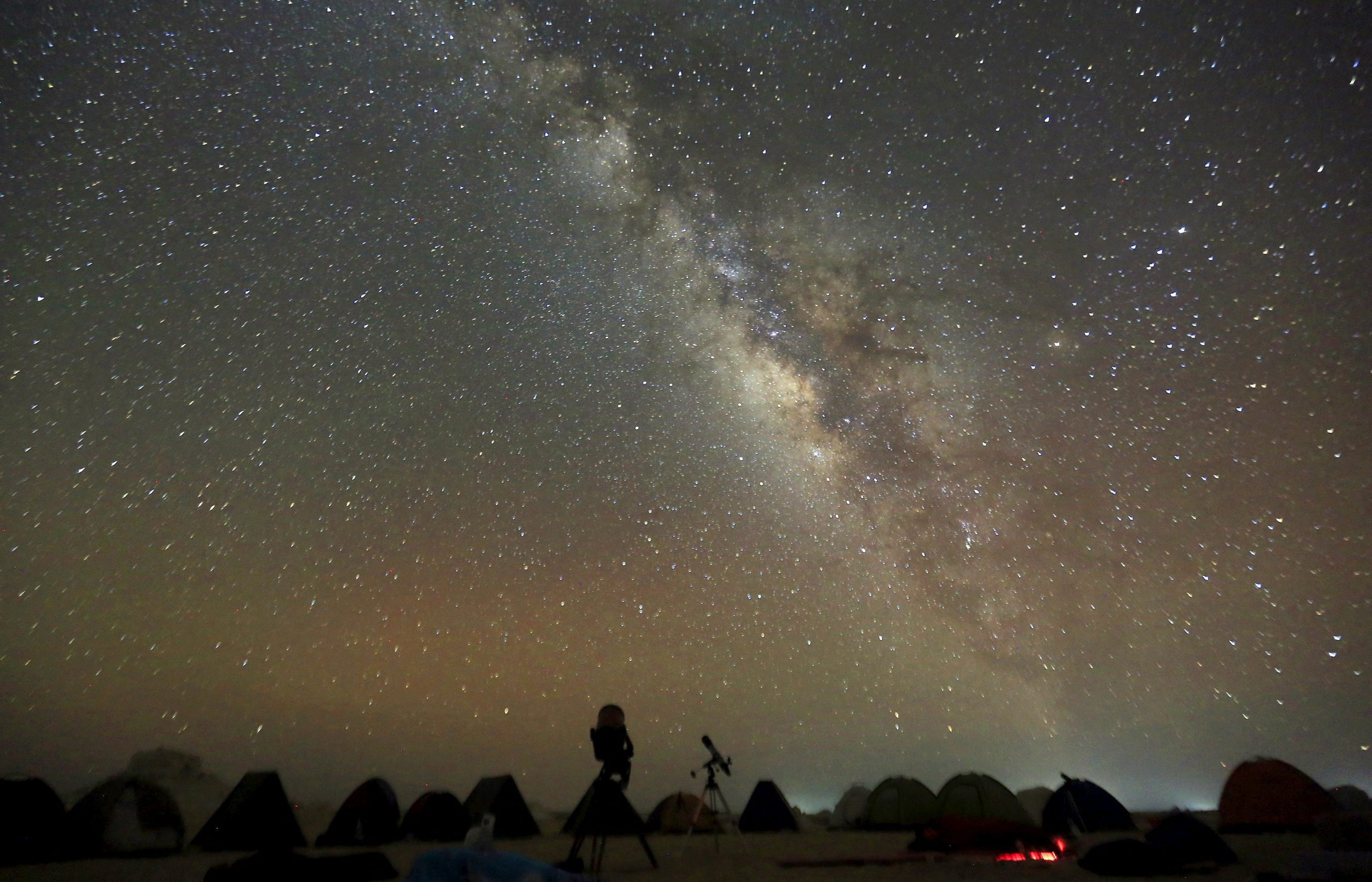 The Milky Way galaxy is seen in the night sky around telescopes and camps of people over rocks in the White Desert north of the Farafra Oasis southwest of Cairo May 16, 2015. REUTERS/Amr Abdallah Dalsh/File Photo

WASHINGTON (Reuters) – For humankind, evidence for life beyond Earth is unlikely to be as dramatic as an alien spaceship landing, say, next to the Eiffel Tower in Paris. It is more likely to come from telescope observations of a faraway planet bearing atmospheric chemicals suggestive of biological activity.

Researchers on Monday said methane may be the first detectable sign of extraterrestrial life if discovered in the atmosphere of a rocky planet orbiting in the “habitable zone” – the area not too hot and not too cold for liquid water to exist on the planetary surface – around a sun-like star.

Scientists are working to understand the indicators of life – biosignatures – that might be present in observations of planets in other solar systems, called exoplanets, knowing that increasingly capable telescopes soon will be available.

The researchers, in a study published in the journal Proceedings of the National Academy of Sciences, showed that abundant atmospheric methane could be a persuasive sign of life in the right planetary context. Methane is an important trace gas in Earth’s atmosphere, at less than 2 parts per million by volume.

Unlike other potential biosignatures such as atmospheric oxygen, methane is one of the few gases that should be readily detectable using the James Webb Space Telescope, launched by NASA in December and due to become operational within months.

“On Earth, the vast majority of methane is produced by life,” said study lead author Maggie Thompson, a University of California, Santa Cruz graduate student in astronomy and astrophysics.

Most of it is generated directly by life: methane-producing microbes in wetlands, rice fields or in the guts of large animals. Methane is also generated through human activities such as burning fossil fuels including coal and oil, which are remnants of dead organisms. The proportion of Earth’s nonbiologically generated methane is miniscule.

The researchers made a three-part case for methane as a promising biosignature.

“First, it would be unsurprising for life elsewhere to produce methane. Even if the biochemistry of alien life was radically different to that of Earth’s biosphere, methanogenesis is an obvious and easy metabolic strategy for any carbon-based life given the energy sources likely to be present on rocky exoplanets,” said co-author Joshua Krissansen-Totton, a NASA Sagan Fellow in UCSC’s Department of Astronomy and Astrophysics.

Secondly, they said, methane would not persist for long in atmospheres of habitable rocky planets without constant replenishment, possibly by living organisms. On Earth, atmospheric methane is unstable – destroyed by the chemical effects of light – but has constant biologically-generated replenishment.

Thirdly, they said, it would be difficult for nonbiological processes such as volcanism or chemical reactions in mid-ocean ridges and hydrothermal vents to maintain replenishment without leaving a “fingerprint” indicating the methane was not biologically generated.

Gas-spewing volcanoes, for instance, would release carbon monoxide alongside methane, but biological activity tends to devour carbon monoxide and reduce its atmospheric concentrations. Thus, they said, nonbiological processes cannot easily produce rocky planet atmospheres rich in both methane and carbon dioxide, as on Earth, but with little or no carbon monoxide.

Scientists are expecting greater insight into exoplanet atmospheres using Webb and other new telescopes, examining their chemistry as these distant worlds pass in front of their host stars from the perspective of Earth.

Oxygen, more plentiful in Earth’s atmosphere than methane, is another potential biosignature. It too is fed into Earth’s atmosphere via biological processes – in this case photosynthesis by plants and microbes. But oxygen could elude Webb’s detection.

“Methane is not a hypothetical biosignature. We know life on Earth has been producing methane for essentially its entire history, and atmospheric methane concentrations may have been high on the early Earth, before there was oxygen in the atmosphere,” Krissansen-Totton said. “But it’s important to note that the diversity of planetary environments elsewhere is probably vast, and there could be other non-biological methane-making producing processes that no one has yet considered.”